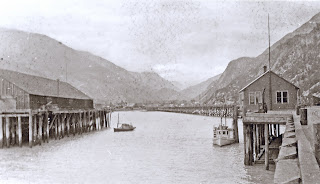 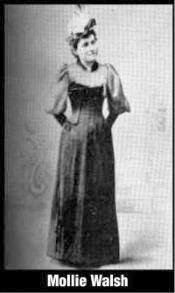 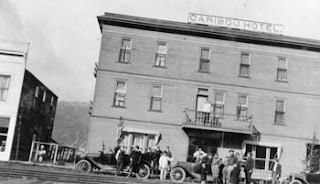 Bessie and Edwin Gideon built and owned the Caribou Hotel in Carcross (home of Polly the Parrot).
They lived there for many years and Bessie died on October 27, 1933 on the third floor. It is said that she still haunts the hotel (does Polly sit on her shoulder?). The Hotel is undergoing a complete re-modeling after the murder of the latest owner a few years back, and should re-open soon.
Edwin had died in 1925 and is buried in the Carcross Cemetery, supposedly so is Bessie.
Bessie Trusty had married Edwin Wallace Gideon before 1898 according to a Gideon family website. 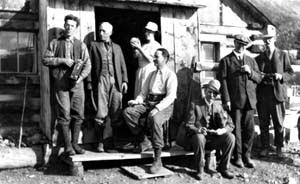 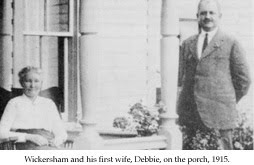 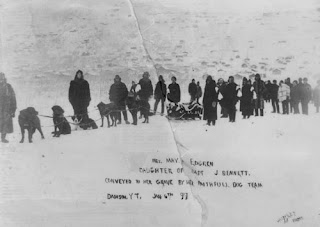 Happy Birthday to little Hazel born in Skagway on October 18, 1899 to the famous White Pass & Yukon Route photographer Harry C. Barley and his wife Dora.
Barley was a late-comer to the gold rush and established an office in Skagway in 1899. He became the official photographer for WP during and after construction of the railway from Skagway, Alaska to Whitehorse, Yukon. Barley died, shortly after the Klondike Gold Rush, in San Francisco of consumption. The Yukon Archives has the most complete collection of Barley’s professional prints, including 500-700 prints of life in Skagway, WP&YR construction and various Yukon and Alaska communities.

The Guv got his start here in Skagway in 1898 as editor of the newspaper and participant in the famous “Committee of 101” who stood up to the Soapy Gang. He moved to Juneau after that and remained there for many years, succeeding Governor Clark who resigned in 1913.

He was born on October 15, 1856 in New Brunswick Canada and married in 1896 in Salt Lake City. His wife, Annie Hall, was 20 years his junior and worked as his reporter for Skagway Newspaper. He died in 1923 at the age of 73 in Seattle of a heart attack. 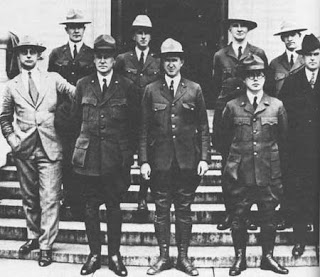 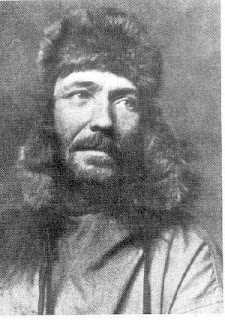