Arthur O’Leary’s traveling companion, Ben Olcott has quite a story of his own, which I will summarize here.

Also born in Keithsburg, Illinois, Ben left earlier on his adventures west and in 1891 at the age of 19 moved to Salem, Oregon. He seemed to find Oregon his new home base from which he forayed to parts north to search for adventure and gold. After his 1898 trip with Arthur, he returned to Illinois to bank briefly and then headed back to Alaska in 1904. His journey ended notably when he drove a dog sled team to Nome, a trip of over 1,000 miles up theYukon and Tanna Rivers in the height of winter. Settling in Fairbanks, Olcott found work as a gold dust teller, and later a bank branch manager. He managed to make a sizeable profit from gold prospecting, allowing him to move back to Oregon.

Olcott became involved in Oregon politics because of his brother-in-law Oswald West and so found himself succeeding Governor Withycombe in 1919 who abruptly died of a heart attack only two months after being elected. Olcott served as governor until 1923 until he was defeated by the Ku Klux Klan candidate, Walter Pierce. Olcott went back to banking, first to Long Beach, California and then back to Portland. He died in Portland on July 21, 1952, and was interred in Mount Crest Abbey Mausoleum in Salem, Marion County, Oregon. He may have been pictured in the photos of Arthur O’Leary below, but here are his portrait and gravestone. 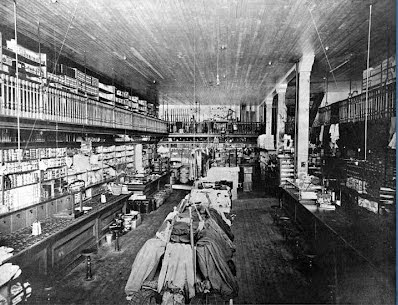 C.S. Moody was born in 1867 in Kirkwood Illinois. He came to Seattle in 1889 to work in banking. He then came to Skagway around 1897 and worked with Hawkins to purchase land for the railroad. He and some investors started the First Bank of Skagway which later went broke in 1899. He was involved in some lawsuits after that. He moved to Washington and started another bank and worked as a special deputy state bank examiner for other banks that went under in 1917.
In his book Alias Soapy Smith, Jeff Smith says that some people believed Moody to be one of Soapy’s “silent partners.” In Seattle, where Moody went in August of 1898, he strongly and emphatically denied the story that he was run out of Skagway by the citizens who thought he was involved with Soapy. He said “All talk detrimental to my reputation was started by my enemies…” (Seattle Post-Intelligencer 08/05/1898, p. 6)
Still, there was no money or gold from Soapy’s estate when his wife Mary came to Skagway to claim his effects. Certainly there was a conspiracy to clean out his estate by some. Perhaps Moody was an innocent that was thrown in with the other clan members. In any event, he returned to Skagway for a short time until the bank went under.
Charles Moody stayed in Washington, married and had a family and died on April 28, 1956. 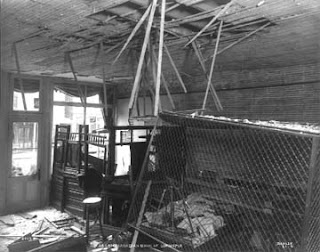 On this day, September 16, 1902 an unknown man, about 37 years old walked into the Canadian Bank of Commerce in Skagway with a bomb demanding cash. Unfortunately for him, he fumbled the bomb, it went off and blew him and much of the bank up. His bones and skull led an interesting afterlife, first stored in the backroom and then the skull was put on display in Toronto at a bank there, perhaps as a warning to would be bank robbers. The fate of the skull seems to be somewhat obscure, although the bones were burned in a woodstove by the bank personnel some years later. One man, Mr. de Gex had removed a thumb and kept it in a jar of alcohol and would produce it for view for 50 cents to buy himself a quarter shot of whiskey.