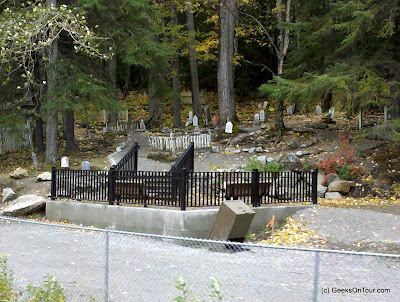 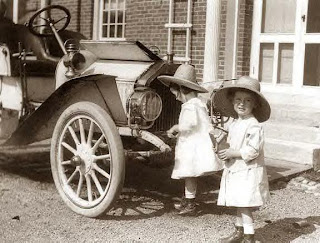 Mary was the daughter of Skagway’s Police Chief in 1907. She was born either in 1882 or 1885. On this sad day, December 11, 1907 three days after giving birth, she died and left behind two newborn twin baby girls: Mary Matilda and Matilda T. Kearns. Her parents, Charles and Matilda Moore brought the girls up. Her daughter Mary M. lived to be 90 and died in Spokane in 1997.
Mary Matilda Moore Kearns is buried in the Gold Rush Cemetery.
The photo above is from 1911 but is not of Mary and Matilda, just a couple of twin girls with a Buick Speedster somewhere else, but is a good depiction of the time.