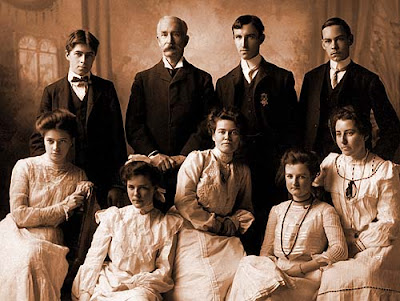 Happy Birthday to Clifford J. Rogers born on this day, December 22, 1887 in Winnipeg, Manitoba, Canada. He came to Skagway in 1900 and started working for White Pass in 1905, and eventually became President of White Pass. He and his brothers stayed in Skagway and all worked for the railroad. He was a naval architect and designed the first container ship.
In November 26, 1955 the new White Pass container ship was named for him. The Clifford J. Rogers set sail for Skagway then with her first load of “containerized freight.” The new ship and containers, coupled with the upgraded and diesel engines on the railroad and trucks on the roads made the Yukon the home of the first integrated container system in the world.
In 1965 the Rogers was sold and replaced with the 6,000 ton Motorvessel Frank H. Brown, one of the world’s most modern freighters.
Clifford’s wife in 1909 was Elizabeth Gertrude Steutiford. In 1949, Clifford James Rogers Jr. married Patricia Colwell in Ellensburg Washington.
Clifford Sr. died in 1978 at the age of 91 in Snohomish, Washington.