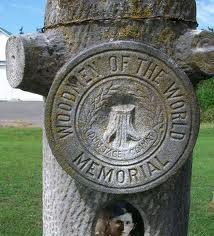 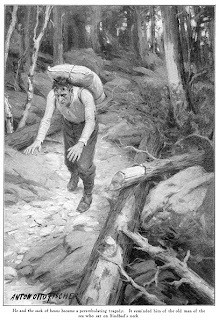 On this day, August 8, 1897, Mr Fowler was found on the Chilkoot trail with a 100 pound pack on his back, drowned. I shudder to think how this happened…
His body may have been shipped out – another good reason to belong to a fraternal organization that promised to bring a brother home if he died in some god-forsaken place. 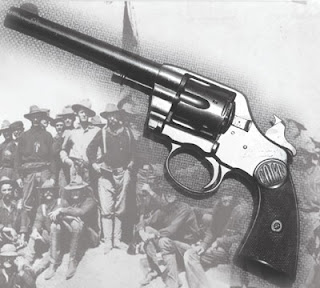 Mr. Starner was the owner of the Colorado Pack Train bar. He was from Ornby, Colorado born there in 1865. He was a member of the Knights of Pithias when he accidently shot himself on March 6, 1898. Now there is a grave designated with his name in the Gold Rush cemetery, but there is also the possibility that he was shipped away.
In those days, it was very important to people to have their bodies brought home for burial instead of being buried in some God-forsaken place like Skagway. So, the answer was to join a fraternal organization such as the Eagles, Masons, Knights of Pithias or the International Woodmen of the World. As a member, the organization promised to have your remains shipped home.
The Victoria Daily Colonist reported that the shooting happened on the Dyea trail as a result of the discharge of his own revolver, and that Deputy Marshall Rankin also had a bullet in his leg from a similar accidental discharge. Seems like guys then could have benefited from a gun safety program.