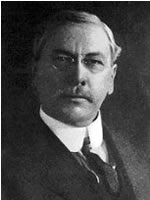 On August 29, 1898 Arthur Hallum tragically died in a railroad accident on the White Pass. He was only 39 years old, but the age of his death was strangely similar to that of his famous grandfather, Sir Arthur Henry Hallum who died in 1833.

Sir Arthur was a poet and author friend of Alfred Lord Tennyson who wrote a monumental tribute to his friend, “In Memorium” in 1850.

from: Mission Klondike by Sinclair