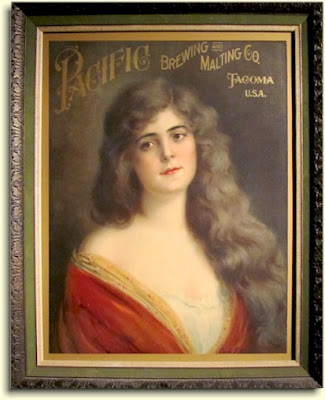 Ed Hatch was born in 1872 in West Farmington, Ohio. He came to Skagway from Port Angeles, Washington in 1897 and was Secretary for the Brackett Road as well as a river pilot in the Yukon. He opened a store in Skagway which he ran until 1901 when he moved back to Washington and opened a clothing store in Bellingham. In 1913 he became the manager for the Pacific Brewing & Malting Company. However, prohibition was only a year and a half down the way, so his tenure there was short lived. He became a prominent industrialist in Everett and in 1917 moved to Seattle where he managed a manufacturing concern until his retirement in 1931.
Hatch was a counselor for the U.S. Chamber of Commerce, at one time president of the Seattle Chamber of Commerce and vice president and manager of the Arctic Club at his death. He died on this day, July 7, 1942 in Seattle.
Seen above is an ad from the B&M Company – they just don’t make ads like this anymore!