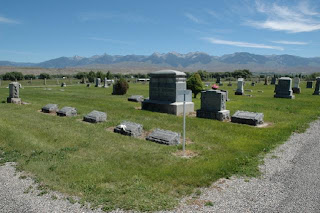 John Snook was the nephew of Marshal James McCain Shoup who was a member of the Arctic Brotherhood and the Midnight Sun Conspiracy. Perhaps Shoup was suspicious of everyone and so appointed his young nephew Snook (sometimes incorrectly spelled Shook) to be a Marshal in Dyea in February 1898 after Marshal Rowan was shot.
John Snook was only 22 years old, born October 20, 1876 in Salmon Idaho. He was only Marshal until April of 1898, (perhaps things got a little out of hand, more than he could handle). In any event, he made one very good contact while in Skagway – the sister of Frederick Clayson (famous Christmas Eve murder December 1899).
Charlotte Clayson was a bit younger than John, she was only 14 in 1898. So John waited until 1903 and married Charlotte in Portland Oregon. They moved to Salmon Idaho soon after and had at least two boys, John and Frederick there. John Wilson Snook was active in Republican politics in the 1920’s in Idaho. There is a law firm in Salmon that bears the Snook name, so apparently the law played an important part of this family’s tradition.
Charlotte’s sister, Esther Clayson Pohl was the subject of an earlier blog for her work in Portland.
John W. Snook had a long life, and died at the age of 99 in 1975 in Salmon Idaho. Charlotte, his wife of 67 years, had died in 1970. Seen above is the Salmon Idaho Cemetery where they probably lie.