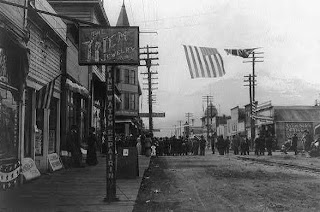 Here is a nice photo of a tug of war on Broadway around the turn of the century. 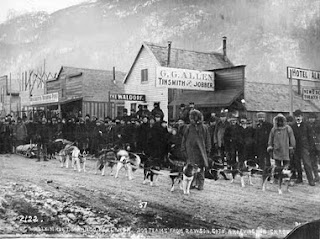 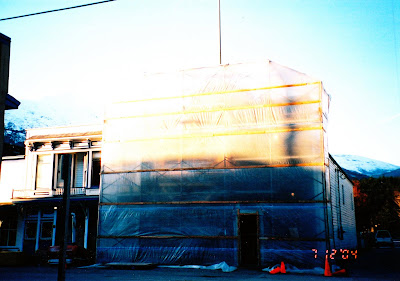 Locals will remember the winter that Jeff Mull took down the facade of the front of AB Hall and then replaced the back board and then cleaned and replaced the driftwood front. This photo was taken of the temporary structure and plastic sheeting which helped to keep him out of the weather during the work. The wood was coated with Cabot’s bleaching oil and so when the project was completed it all looked lighter than before. 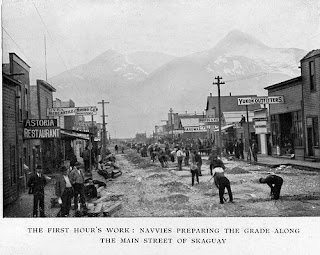