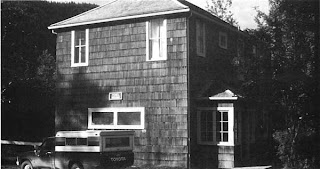 A long name for this missionary born on September 17, 1862 in California, probably Sacramento. She and other ladies came up in 1899 to found a mission called the Peniel Mission, which still stands in Skagway. There were other Peniel Missions in California. The purpose was to save young women from a life of prostitution, but by 1899, there were few prostitutes left in Skagway, having married or left for Dawson.
Victoria showed up in the 1905 directory, but ended up in Los Angeles where she died in 1944.