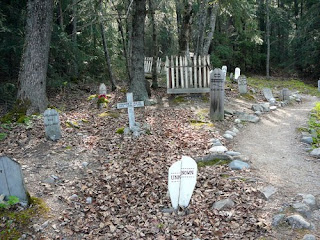 Murdered in the Klondyke Saloon on this day, April 8, 1898 and buried two days later in the Gold Rush Cemetery. Apparently there was no investigation at the time, things were getting pretty bad in Skagway.
Mr. Brarmon was about 22 years old and hailed from San Francisco.