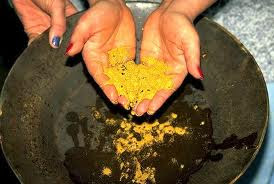 Today gold is running around $1340 an ounce. I tried to do the math but there were way too many zeros there, lets just say there was over a Billion dollars of gold at our current price taken out during those few years.