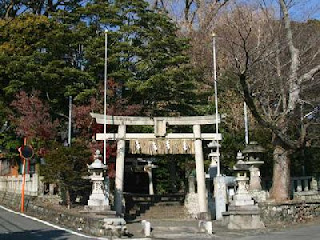 Fusao, known as Joseph, was a cook at the Pullen House restaurant and Inn between 1910 and 1915 perhaps longer. In 1915 he registered for the draft for World War One. There is no record for him after that.
He was born on this day, December 17, 1887 in Kumamoto, Kyushu, Japan. This city is famous for Kawagoe Castle where 21 lords from various clans, all closely allied with the Tokugawa Shogun, resided during the Edo Period. The fuedal age ended in 1868 (remember Tom Cruise in The Last Shogun?). The shrine above is the Toyozumi Shrine in Japan built over a thousand years ago.
So Fusao was born twenty years after that, but emigrated to the U.S. in 1906. There were a number of other Japanese immigrants in Skagway in 1910, some worked in the jewelery trade.

1910 census, WW1 registration for Skagway, Alaska.
This is my last blog for 2010, I will return in January. Happy Holidays, Merry Christmas Meli Kalikimaka