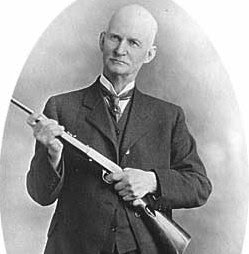 There was an ad for Dr. Boetzkes in a Skagway Newspaper in 1898 so we know he was here. The funny thing is that a few months earlier, on June 20, 1897, he had taken a rifle and tried to kill his wife, Helen, and his 4 kids(Clara, Anna, Harry, Walter) in the delightful community of Bensonhurst-by-the-sea.
This was reported by the New York Times on June 21,1897: “TRIED TO SHOOT HIS WIFE; Dr. Boetzkes of Bensonhurst, Seized by Strange Frenzy, Aims a Rifle at His Family. RESISTS POLICE WITH PISTOLS Mrs. Boetzkes in Her Night Clothes Ran to the Station House for Help — The Doctor Was Arrested and Paroled for Examination.”
If you read the entire article online, it seems that he was sick with a cold and had been taking stimulants [???!!!] anyway, his lawyer, one Felix McCloskey (hopefully no relation) said he was ill and not responsible for his actions.
On July 10, 1897 he failed to show for trial and so his friends forfeited the $500 bail but apparently were happy to see him go. In 1898 he was also being sued for negligence. So, he went to Seattle where he got into a fight with Mayor Woods “his pugnacious spirit had effervesced” and so, then he set out for the Klondike.

Skagway would be like a great place for a gun-happy, incompetent doctor, I wonder where he went from here? Perhaps he got together with his wife in Washington, the Washington records show a Dr. Boetzkes dying in 1902 but the age is wrong. The 1910 census in Seattle definitely shows Helen his wife as a widow, and in 1926 she dies at the age of 73, also in Seattle.