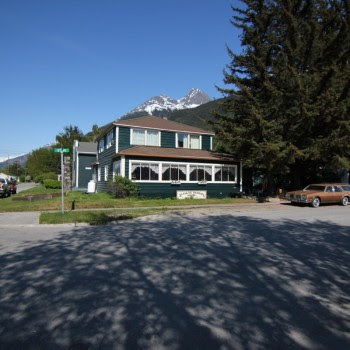 Skagway’s Alaskan Sojourn Hostel, which is situated in a local gold-rush-era house, recently had a guest report that he felt that his room had been visited by a benign ghost in the night. Although the identity of this ghost is well-known to the owners of the house, and ghost’s descendants in town, I am withholding the name out of respect for the family. Suffice it to say that it was a young man who tragically drowned at a young age in the early 1930s. The present owner of the house says that several years ago, she also saw the ghost calmly descending the stairs, and vanishing before it reached the last step.