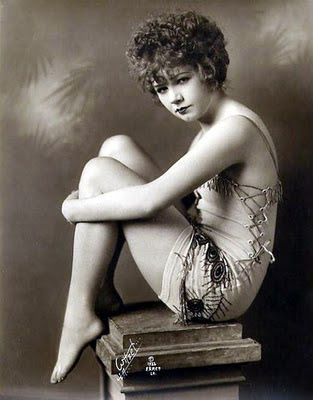 Adison Hill’s wife, Divena (born 1870 in Iowa) died on April 1, 1898 from puerperal fever or childbirth fever, in Everett, Washington. Adison came to Skagway with his three daughters to manage the Allen Brothers Hardware Store on Broadway.
Hill was the former Postmaster of Arlington, Washington.
On this morning, July 18, 1899 he shot himself in the head at the hardware store. He had for some time been despondent, and often expressed the wish that Mr. George Allen would return from Arlington soon and relieve him. Hill was thirty years of age. His remains were sent to Everett for burial. I wonder what became of the three girls? I found the two older girls, Eva and Helen, living with grandparents in 1910 on a Washington State census, but the baby girl born in March 1898 is missing.
The Allen Brothers Hardware store from 1898 to 1903 was at the location of the former Moe’s Bar.
Seen above is a cute picture of Mae Busch who was an actress who played with Oliver Hardy in early movies. She has nothing to do with the Hill family.