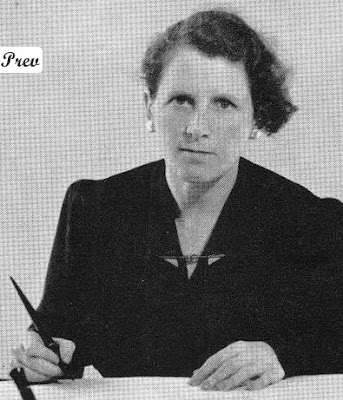 Orpha Stockard was born in 1897 in Bois D’Arc, Missouri. She was somehow related to Virginia Alice Cottey who founded in 1884, the Cottey College for women in Nevada, Missouri. The College is currently owned and supported by the P.E.O. Sisterhood, a philanthropic women’s organization. Orpha followed in the footsteps of Virginia and became a teacher and taught here in Skagway in 1920 through at least 1929.
Orpha later acquired her doctorate and was president of Cottey College and wrote several books on education.
Seen above in 1940, she looks very prim. Orpha died on July 7, 1985 in Nevada, Missouri.