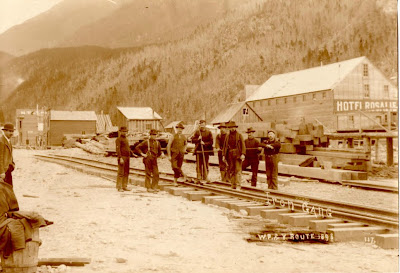 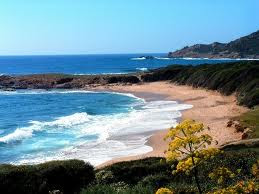 The little note in my database just said J. Peraldi died on this day, April 14, 1898 at the Hotel Rosalie. (You would think this place got a bad rep for so many guys dying there).
It took a long time searching for records but eventually I found an old obituary, in French, for the island of Corsica, translated said:
Hyacinthe Antoine Léon Peraldi de Comnene: Mining Engineer. It is sent by the government of the United States to Alaska to the search for gold mines. He died accidentally in Alaska, April 14, 1898.
I think it loses something in the translation, but essentially he was a goldrusher whose family was in Philadelphia, apparently recently emigrated from Corsica. He was born in 1872 in Alata, a small town on the island of Corsica. Whether he was actually an engineer I don’t know, but his family thought enough of him to have his remains sent back to Philadelphia where he was buried with the other Peraldi de Comnene’s. There were references also to his family being among the personal enemies of Napoleon Bonaparte. Families left Europe for many reasons. Seen above is a view of Alata, Corsica. 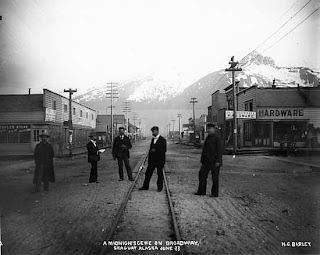