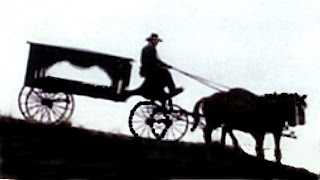 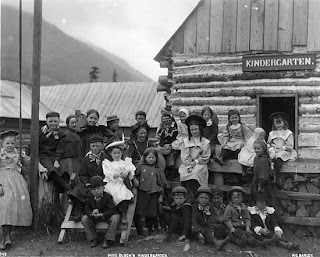 Sophia was the daughter of J. Frederick born in 1895 in Juneau. She married William Clarence Matthews, a Tlinkit who was a farmhand in Dyea at the turn of the century. Sophia died on this day, February 15, 1921 in Skagway and was buried in the Dyea Cemetery. Why she died at the young age of 26 is not known, but many women at that time died in childbirth or shortly thereafter. What we do know is that Mabel, her 8 year old daughter died in 1920 and Julia, her one year old daughter died a month later in April 1920. Perhaps she died of heartache. All three are buried in Dyea.
Some of the people buried in the Native Dyea Cemetery that was being washed away by the river about 10-15 years ago were relocated to the Slide Cemetery. 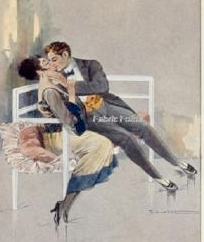 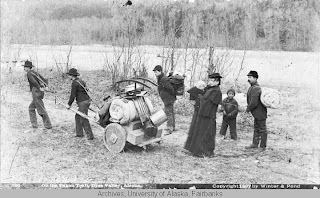 The little Card family was photographed by Winter and Pond, Klondike photographers. There are several different shots of them in Dyea preparing to climb the Chilkoot Pass. Ella Clark Card is holding her son who dies shortly thereafter at Lindemann and is buried there with a little white picket fence around his grave, he was 7 months old. Buried next to him is the baby daughter of Mrs. J.D. McKay who also died in 1897 there at Lindemann. I wonder if the two baby ghosts enjoy each other’s company? If you camp at Lindemann and hear babies crying, don’t be surprised…

Ella and Fred pushed on and she ran the hotel Cecil in Dawson by 1903. Ella died on this day, February 11, in 1927 possibly in Fairbanks.

John Battist Bassett is the packer actually pulling the cart and in front of him is Joe LaPorte. 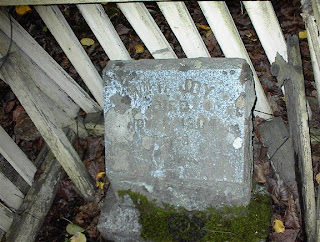 On this day, January 26, 1896, Adele married Calvin H. Barkdull either in Skagway or Eureka, California. Later in 1896, the first child, a daughter was born to them here, said to be the first “white child” born in Skagway. In his story “The Flaxen Haired boy” in the December 1951 Alaska Sportsman Magazine, Calvin mentions his wife and daughter and tells a story about a boy who died on the Chilkoot trail but the story sounds a little made up. Calvin also made up some stories about a wife of Soapy’s coming here and exhuming Soapy’s grave, which are false, so who knows…

Calvin Barkdull had graduated from the University of California in 1894. He worked here as Chilkoot packer but left by 1902 and went to Petersburg to raise foxes, work a gold mine and a hotel. Adele divorced him and remarried a Mr. Clarence McBurney by 1900.  Here is a photo donated by Judith Bacon of Adele, her daughter Beryl and her 2nd husband Clarence McBurney from around 1905? 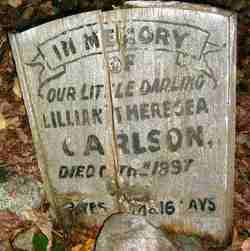 Lillian was the daughter of Angus Carlson. She died on October 6, 1897 and in doing so became the first white child to die in Skagway. She was born August 19, 1894 in Everett Washington and moved here with her family in 1897. She was only three years old and although we do not know the cause of death, spinal meningitis was very common at that time, as well as other diseases.

Her sad little grave is in the Gold Rush cemetery. 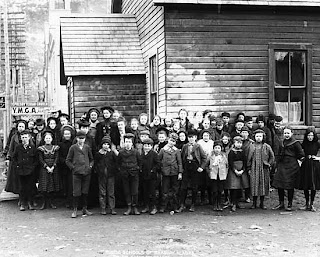 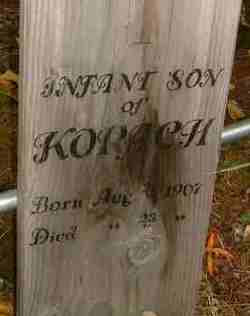