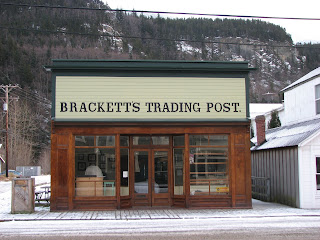 In the early years Mr Ganty was a prosperous businessman, he was a member of the Arctic Brotherhood, a Councilman in 1912, and Mayor in 1913.

He was a grocer for White Pass and then a bookkeeper for Ross Higgins in 1905. His Grocery store was known as Ganty and Frandson.

He registered for the draft in WW 1. He signed a letter in 1915 to the Governor of Alaska along with other city leaders, asking for a road to be built to Skagway. Unfortunately the road would not be completed for another 67 years.

His son “Pross” born here in 1906 graduated from the University of Washington and was still living in Skagway in 1929 with his mother Jennie. The building pictured above was the original Boss Bakery where he had his grocery store. It is now owned by the National Park Service and rented to a local business.