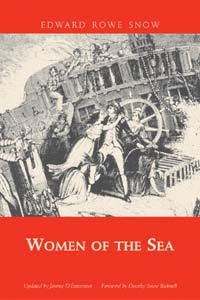 Captain Joshua Nickerson Rowe, was born on this day, June 9, 1837 in Rockfort or Rockland, Maine. He took a steamer up the Yukon from Seattle on June 16 1898. On return he left Dawson City on September 20th, 1898 as Captain of the steamer James Doneville, with about 120 passengers. On October 5th his diary noted “Got within one mile of the White Horse Tramway”. He died in the Bishop Rowe Hospital, Skagway, Alaska, October 18th, 1898. Services at the Union Church, and buried in the Gold Rush cemetery. He was a veteran of the Civil War.
His grandson wrote a book called “Women of the Sea” 1962 about his mother, Alice Rowe Snow who spent 15 years with her parents, Mr and Mrs Joshua Nickerson Rowe, aboard the schooner Village Belle, the brig J. Bickmore and the bark Russell.

rootsweb; books; Civil War websites; Encyclopedia of American literature of the sea and Great Lakes by Jill B. Gidmark