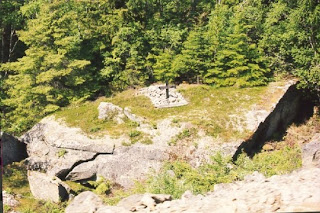 On this day, August 3, 1898 while working on the railroad track at Mile 13, there was a rockslide. A huge rock slid down and buried two workers, Maurice Dunn and Al Jeneux. I have never been able to find any record of those two men, but the story continues to this day by the train agents. At the time, Michael J. Heney decided that it would be too dangerous and costly to blow up the rock to recover the bodies so they were left in place. At first there were rumors that there were more bodies, but White Pass announced that there were only two and erected a small cross with the names there at the rock.