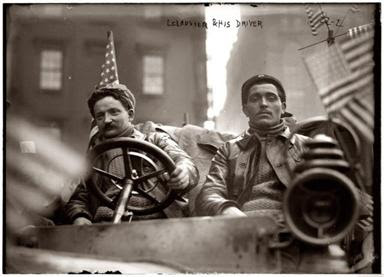 Mssr. Lelouvier entered the great race of automobilists from New York to Paris on January 30, 1908. He decided to race his Werner Car and for kicks, drive across the United States then take it on a boat from Victoria to Skagway. Then on the railroad to Dawson and down the Yukon River. Then he and his two companions would go across the Bering Strait, across Siberia and Europe.
I wonder if they made it Skagway?
Anyway, off to the Soapy Wake!
I think I hear the theme from “Those Amazing Young Men in their flying Machines”…