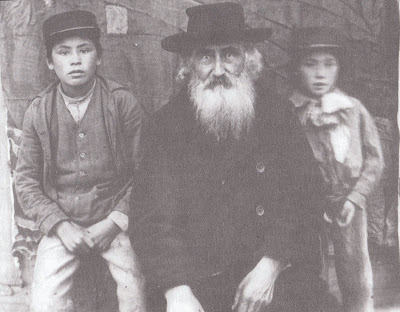 Robert McDonald was born in 1829 in Point Douglas, Manitoba.

In 1861 he became an Anglican missionary to Yukon. In 1862, McDonald established a mission at Fort Yukon. He began in earnest to learn the native language. His work was cut short when devastating epidemics of influenza and scarlet fever swept across the North. The diseases wiped out large populations of natives and McDonald himself became ill. Fearing he would not survive his illness, the Church Missionary Society (CMS) sent William Carpenter Bompas to replace McDonald. However, before Bompas arrived, McDonald had regained his health. He owed his recovery to a tonic the natives gave him made from a plant root called “Toayashi”. The English translation of this word meaning “it helped cure his uncle”. He went on to translate the entire Bible, prayer Book and 300 hymns to Tukudh and two other Indian dialects. He later became the Archdeacon of the Yukon.

Although not credited, McDonald is believed to be the first man to discover gold in the Yukon. In 1863, while visiting natives on Birch Creek, he reported seeing gold and scooped a spoonful which he sent to the British Museum for analysis. McDonald was interested to learn that the substance was indeed gold, but he did not wish to pursue the life of a miner. He was more concerned that news of a gold discovery would trigger an influx of gold miners and feared the devastating effects the miners would have on the native way of life.

McDonald died on this day, August 29, 1913 in Winnipeg and is buried in St. Johns Cathedral cemetery. He is pictured above, late in life.