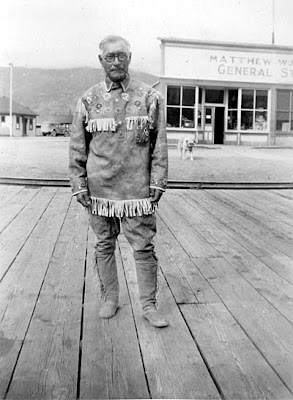 “Kulsin” Koolseen was Tagish Charlie’s youngest brother. He was with George Carmack when the gold was discovered in the Klondike. He was the only original member of the Discovery Party (although he was back at camp at the time of actual discovery) to record the history of the discovery on tape. As a young man, he wanted a white man’s name, so Carmacks gave him one: Patsy Henderson.

He was born in 1879 maybe in Tagish and worked for White Pass as a storyteller in Carcross. He also had a fox ranch in Carcross. In 1950 he wrote “Early days at Caribou Crossing and the Discover of Gold on the Klondike”. He died in 1966 and is buried in the Carcross Cemetery.